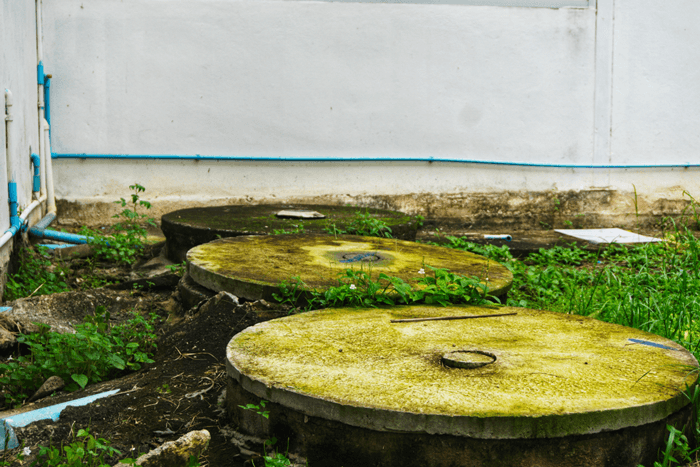 Although 80 percent of the 123 million households in the United States are connected to a public sewer service, the remaining 20 million or so use septic tank systems for wastewater disposal. Septic tank systems, which can be traced as far back as 1860, are constructed away from sight, most likely at the farthest corner of the backyard. Throughout it’s life cycle, the septic tank recycles waste water back into the environment using a drainage tank and a septic field. Simple in design and frequently disregarded once in use, it is a critical component of waste water management and requires adequate maintenance. Like any other functional system, without proper installation, inspection and maintenance, septic tanks can fail.

Maintenance of wastewater disposal is best done through a septic tank pumping service. Pumping allows for inspection of the tank and can identify any potential failures. If unnoticed, a deteriorating septic tank system can cause some revolting problems, including  overpowering stenches and squelchy gardens. There are other far-reaching consequences that would affect your surroundings. 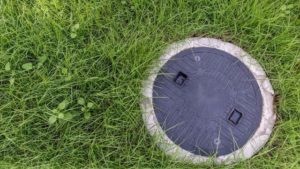 Service of septic tanks almost always is the responsibility of homeowner or landlord. However, know-how of what is required to keep this utility in good order is not common, and in this case, ignorance is not bliss. Since wastewater in septic systems is not treated, it has the potential of contaminating nearby groundwater sources or underground aquifers and posing serious health risks to humans and wildlife that rely on this water.

Leaking septic sewers release excessive amounts of phosphates and nitrates into the surrounding water sources. When exposed to sunlight in streams, ponds or lakes, they accelerate the growth of algae in a phenomenon called algal bloom. Algal bloom can be an eyesore as well as an impediment to aquatic wildlife. It has been shown to cause a drop in fish population, as exemplified in the collapse of the South Bay shellfish industry in Long Island due to excessive algae growth. 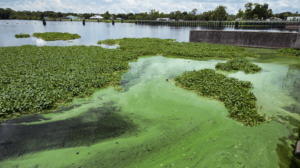 The toxins in sewage water can have more catastrophic consequences. June 1, 2007, Wayne Lautenbach fulfilled a lifelong dream by opening his restaurant in Door Peninsula, Wisconsin. Business boomed immediately at the Log Den, Lautenbach’s steak-and-seafood joint. However, a few weeks later, the establishment was shut down. Calamity struck when several hundred patrons as well as employees contracted norovirus; the disease was traced to the contamination of the hotel’s water by fecal matter. The Log Den faced a problem that has been concerning American authorities for a number of years: disease outbreak due to water sources contaminated by septic tank waste. The incident in Door Peninsula was caused by inadequate design of the septic tank, which led to waste water seeping into an underground water well. This highlights just how important it is to take into consideration the installation of septic tanks at your establishment. However, the Log Den is an extreme example of failure that occurs due to improper design. Most septic tank failure is found to be caused by aging or poorly serviced systems.

Septic tanks consist of two sections. The first compartment is a collecting and settling chamber, where sediments and sludge from lavatory water, kitchen drainage and shower water settle at the bottom. The water and scum are in layers above this sludge. At a certain level, the water flows into the next chamber. Here, natural bacteria break down this water, again forming more sludge. The excess water then flows through a network of pipes into the draining field or soak pit. At this point, the water re-joins the environment after being filtered naturally by the soil. But how well this functions depends on how regularly the system is inspected.

Septic tank pumping is recommended at intervals of four to six years, depending on the volume of waste generated. However, it is only after pumping that any defects can be diagnosed and remedied before any damage is done. Where legislation on waste water management exists, some stricter regulations can be in place. For example, the government of Ontario recommends that septic tanks are inspected every two years.

Cleaning of septic tanks is fairly cheap, compared to the cost one would incur in the event of failure. Disinfection and repair of a damaged septic tank system can cost as much as $40,000. 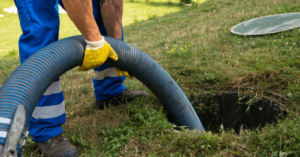 When a septic tank pumping service is engaged the entire sewer system is inspected for leaks and faults. This would be essentially an audit of your entire plumbing. Then the septic tank unit is inspected for minor weaknesses in the structure. The water and sludge levels are measured and recorded. These records are important indicators to your characteristic usage, and can serve as guidelines to how frequently your septic needs cleaning. Then the effluent is sucked out by a pumper truck. After this evacuation, the inspector conducts further checks on the drainage into the septic field. Cleaning of the drainage pipes can also be done. Finally, the septic field itself is surveyed and the job is complete.

A recent article by Craig Mains of the National Environmental Services Center affirmed that correct design, installation and maintenance of septic tanks is sufficient to keep the system in working order. However he termed homeowners as their own worst enemies. Throwing non-biodegradable material down the drain and use of antimicrobial detergents poses a great risk to septic systems. This is because these affect the working of bacteria needed to break down waste water.

Pumping and cleaning of septic tank systems at required intervals would aid in early detection of any threats. Furthermore, negative domestic practices that could affect performance of your septic tank can be diagnosed. In light of this, it is important to engage a septic tank pumping service as soon as possible.